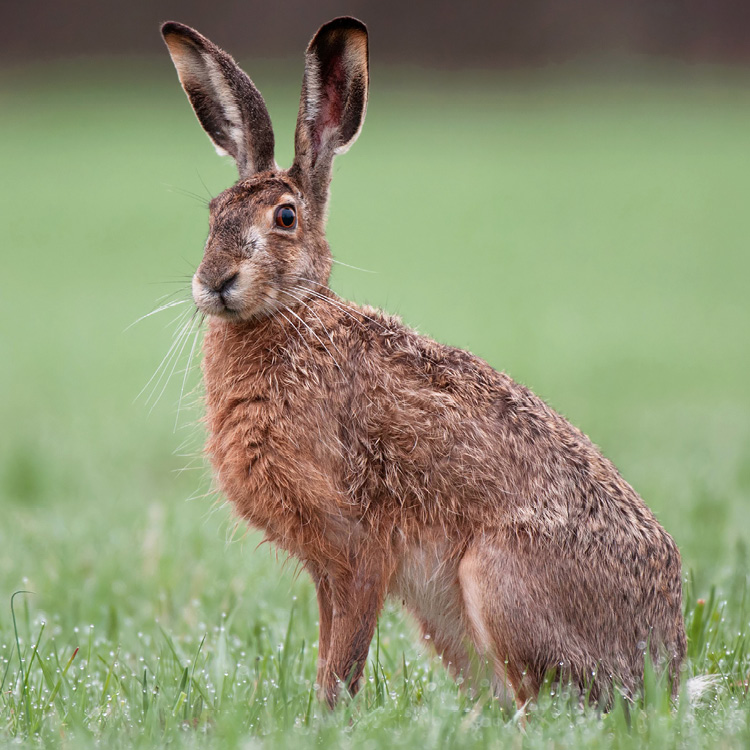 A mammal from the Leporidae family, Lepus genus. It is a large species of hare: its body is 57–68 cm long; it weighs 4–6 kg, rarely up to 7 kg. The largest species can be found in the North and North-East of the habitats. It has a thin body. The brown hare differs in appearance from the white hare in that it has longer ears (9.4–14 cm), a longer wedge-shaped tail (7.2–14 cm) of black or brown-black color on the top. Its eyes are reddish-brown. Its hind legs are longer than those of the white hare, but its paws are shorter and narrower (foot length is 13.6–18.5 cm), as the brown hare inhabits areas where the snow cover is relatively shallow and hard.